Passover and the Pursuit of Holiness 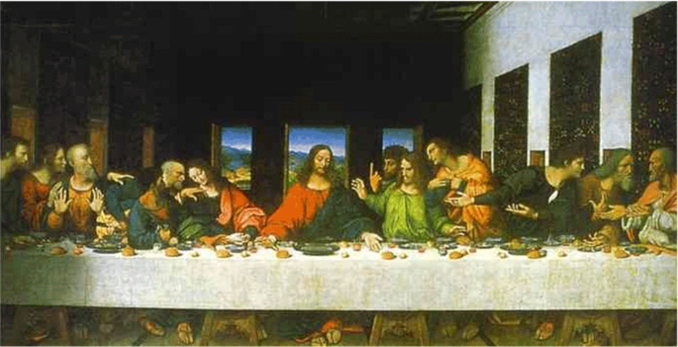 The month of March has arrived, and at the end of this month it is time once again to throw away the bagels. Yes, you read that correctly. I grew up in a family that savored bagels and cream cheese topped with smoked salmon (often referred to as “lox” –and yes, it’s an acquired taste).

But at sundown on Saturday, March 27th we begin observing the Passover, which is immediately followed by an ancient Hebrew holiday referred to in scripture as Chag HaMatzot – the Feast of Unleavened Bread, which lasts for seven days.

On the fourteenth day of the first month at twilight is the Lord’s Passover. And on the fifteenth day of the same month is the Feast of Unleavened Bread to the Lord; seven days you must eat unleavened bread. (Leviticus 23:5-6)

During this time, the Jewish people are commanded to rid their households of all leaven (yeast), and anything made with it. In modern times, this means “out with the bagels”. This may sound drastic, but it forms a great spiritual illustration.

The Passover was given to Israel to commemorate the deliverance from Egyptian bondage by the sacrifice of the Passover lamb in place of the first-born child of each believing household during the night of the tenth plague upon Egypt. The New Testament teaches us that Messiah is our Passover sacrificed for us (1Corinthians 5:7), and the cup that was taken during the Passover Seder that Jesus and his disciples celebrated the night of his betrayal was a symbol of the New Covenant foretold of by the prophet Jeremiah (Jeremiah 31:31; Matthew26:28). This New Covenant promised the forgiveness of sins and a personal relationship with God (Jeremiah 31:33-34).

Behold, the days are coming, says the Lord, when I will make a new covenant with the house of Israel and with the house of Judah - not according to the covenant that I made with their fathers in the day that I took them by the hand to lead them out of the land of Egypt, My covenant which they broke, though I was a husband to them, says the Lord. But this is the covenant that I will make with the house of Israel after those days, says the Lord: I will put My law in their minds, and write it on their hearts; and I will be their God, and they shall be My people. No more shall every man teach his neighbor, and every man his brother, saying, ‘Know the Lord,’ for they all shall know Me, from the least of them to the greatest of them, says the Lord. For I will forgive their iniquity, and their sin I will remember no more.” (Jeremiah 31:31-34)

But why no leaven for an entire week following the celebration of the Passover?

When we add leaven into dough, we introduce an impurity. Thus, the apostle Paul tells us that “a little leaven leavens the whole lump” and implores us to keep the Passover with the unleavened bread of sincerity and truth” (I Corinthians 5:7). Chag HaMatzot, then, is a call to repentance – a reminder that our lives should be lived as unto the Lord - pure, unleavened. And the fact that this holiday comes directly after Passover teaches us something especially important – our forgiveness in Messiah leads us to the pursuit of holiness. Let us not pursue holiness to find forgiveness – but rather let us do so because in Messiah, we are forgiven!